The discussion beneath Revenge and Road Danger got me thinking. Are poor deluded petrol-addicts really so difficult to reform?

We all agree, the more cyclists on the road, the better we will be. So how do we motivate non-cyclists to demand that politicians build better cycling infrastructure?

We tried pointing out the fact that cycle-friendly cities are safer, healthier, happier and more socially cohesive than those blighted by gridlock. It doesn’t seem to work.

But what if we were to appeal to a sense of national duty?

Sounds crazy, I know. But it has worked, albeit briefly, in the most unlikely of places — Australia.

You might not suspect it, but Australians hate cyclists — or at least they did when I left in the late 90s. Almost as much as they hate foreigners. Or at least it’s a toss-up.

I never quite understood why. They like to pretend that they’re sporty and outdoorsy.

I often wondered whether it was their innate fear of the wider world bleeding into a fear of sexual identity. “Get off the road you £$%@ing poofta!” was a common refrain I’d hear as I cycled the streets of Sydney (and all along the Princes Highway between Sydney and Melbourne).

And although most would be loathe to admit it, the tone of public debate in Australia was (and as far as I can tell from this distance, still is) essentially indistinguishable from that in the US. That economic progress and increased car use were the same thing was axiomatic. A state politician (I regret I can’t remember his name) responsible for building more roads, was bemused by the suggestion that governments should encourage more cycling, “Why would we want Australia to become a third-world country like China?”

And, surprise, surprise, Australians are among the most obese people on Earth.

But it wasn’t always, thus.

In response to the last global energy crisis in the 70s, many nations set about becoming less reliant on foreign oil by building coal, gas and nuclear power stations. Australia took a different tack — to simply use less energy.

Rather than portraying petrol as evil, they portrayed it as precious. As indeed, it is. And it worked. Along with similar campaigns to save gas and electricity, national energy consumption plummeted.

Lamentably, as soon as the crisis abated, energy and petroleum companies did there level best to redress the country’s dalliance with thrift, which has landed it in the mess it’s in today.

But, for a time, it was on the right track. 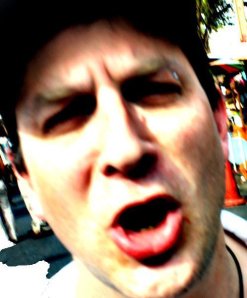 Until the armistice is signed, we remain in a state of war.

Yet Sun Tzu never anticipated the advent of the motorcar, or the velocipede, as weapons of war. So we knights of the bike must invent new arts in our struggle down the road to the promised land.

Unfortunately, most of us don’t think about the tools in our arsenal until the moment of their use is upon us. And it’s no time to be clever, inventive or nuanced when you’re bathed in an adrenaline-spiked cloud of crimson mist.

The first thing you have to ask yourself, well ahead of time, is what you want to get out of any encounter you have with a Motorist aggressor. If you’re reading this, I’ll assume that surrender is not an option. Yet neither is GBH, if we are to maintain the moral high ground. Thankfully, there are many things you can do between the two to satisfy your indignation in the face of death, and advance our cause to its inevitable victory.

Scream your head off… or mess with his mind

So a Motorized terrorist has just tried to kill you. You’ve picked yourself up and managed to catch said terrorist at the next red (assuming the arrogant @!#£ recognizes the authority of traffic lights over his God-given right to drive wherever and however he pleases). There isn’t a cop in sight but you’ve still kept it together well enough to stop yourself from putting a D-lock through the perp’s window. What next? 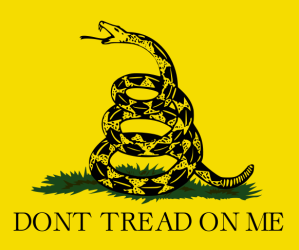 If you’re lucky enough that he’s rolled down his window to shout at you, no problem. We’re now in the realm of conventionally verbal jujitsu. If you want to meet him in a shrieking-match, knock yourself out. I’m certainly not going to tell you to do otherwise. It won’t change his politics, but it will let him know that we won’t be cowed.

Alternatively, you could try being cool, calm and collected. It won’t satisfy the fires of your indignation or give you a legal catharsis high. But it will almost certainly freak him out. And bystanders will be in no doubt who’s in the right.

Sadly, at least half the time neither of these is an option. As with all flavors of terrorist, most Moto-terrorists are cowards. They won’t back down, but neither will they engage beyond yelling through a closed window before staring straight ahead and praying for the lights to change.

This was my experience a couple of weeks ago after when I was almost cut down by a Motorist running a flashing yellow out of a bus lane. After lambasting me for impeding his journey to the traffic jam 20 yards further down the New Kent Road he fell into a trance like state. No amount of robust inquiry on my behalf seemed to snap him out.

It can be similarly difficult to gain the attention when the aggressor is a mercenary — usually teenage boys with soul-crushing sexual inadequacies — rather than a member of the (politically motivated) Motorist militia. This seems to happen more often to my girlfriend than it does to me. I wonder why.

In any event, if you want to get a Motorist’s attention, physics is on your side.

The Thunder Clap – a.k.a. The Hand of God

As well as being a 1 tonne killing machine, a car is also a wonderfully reverberant metal drum. The cabin behaves like a resonant cavity with a frequency almost identical to the steel roof that covers it. A flat palm clapped down onto the roof produces a thunderous sonic boom that’ll make the inhabitants think the end of days has come.

It won’t hurt the car. But it will focus the attention of everyone inside.

BUT be warned, this is a provocative act!

You should only use it when there is lots of traffic (to make it difficult for the Motorist to finish the job he tried to start) and plenty of witnesses.

Actually, now that I think of it, it’s probably best not to use it at all.

I tried it one quiet Sunday morning as a family of thugs that was on their way to church. They tried to run me off the road, and as they did I just instinctively gave the roof a whack.

The car screeched to a halt in front of me and three incredibly wide men got out.

They were in no mood to talk.

Luckily for me, they had their mother in tow — a woman of similar girth and a stare that would fell a rhinoceros. Had she not had somewhere else to be, I’m sure she would have led the beating her sons and husband clearly wanted to give me. But she wasn’t going to keep God waiting for a heathen pervert like me. And her boys weren’t about to cross her. So after a few minutes of token posturing all round, she bundled them back into the car and I lived to fight another day.

But it so clearly could have gone the other way. There are some situations where you have choice between only two options: to be right or to be alive.

For other times (most other times, in fact), a better approach is a cold blooded approach — don’t get mad, get their license plate.

The pen (or camera-phone, I guess) is mightier than the sword

As well as giving Motorists an air of invincibility, a car can also give them a false feeling of anonymity. All it takes to burst it is to show them that you’ve got their number.

I discovered this while taking part in a survey of commuting times from different parts of Sydney, by various modes of transport, into the centre. I’d volunteered to spend two weeks cycling in the morning rush-hour from Manly to the CBD. (I didn’t actually live anywhere near Manly, but getting there first by harbour ferry was half the fun!)

Most of the journey was by transit lane. Sydney transit lanes are similar to London bus lanes, except they may also be used by private cars with three or more occupants, as well as buses, bikes and taxis.

One of these mornings, an indignant Motorist threatened to ram me from behind. I wasn’t in anyone’s way. It was a transit lane. I’d just passed a string of buses. And she was in the lane illegally, being the only occupant of her private car. Nonetheless, she seemed deeply offended by my presence on *her* road.

Her car never actually made contact (though it came close). But boy was she angry, blasting her horn at me for what seemed like a full minute. And then some.

She might have been in an urgent hurry and I did my best to inquire, through the windscreen, what the emergency was. But she didn’t seem able to articulate what the hurry was, beyond,

I don’t know whether it was the glory of the beautiful spring day, or the sheer absurdity of the Motorist’s blind fury, but somehow I managed to keep my cool and hold my ground in the centre of the lane until we reached the next red light.

When we did, I pulled out a pen and paper (which I’d been using to record my times to various checkpoints along the journey), bent over to get a good look at her license plate, and jotted it down.

Then I gave her a thumbs up and a big smile.

The horn stopped abruptly. She didn’t bother me after that. She remained behind me, illegally, for another kilometre or so. But the apparent urgency of her journey seemed to have abated.