In a post about designing ever increasing amounts of truck and van dependence into business models, I mentioned that an “Edgar’s Cool Water” had followed me on twitter and had justified their business with the argument that some people in London and the South East need water deliveries because their workplaces do not have plumbing.

I did a double take when quickly scrolling through old phonecam pictures. 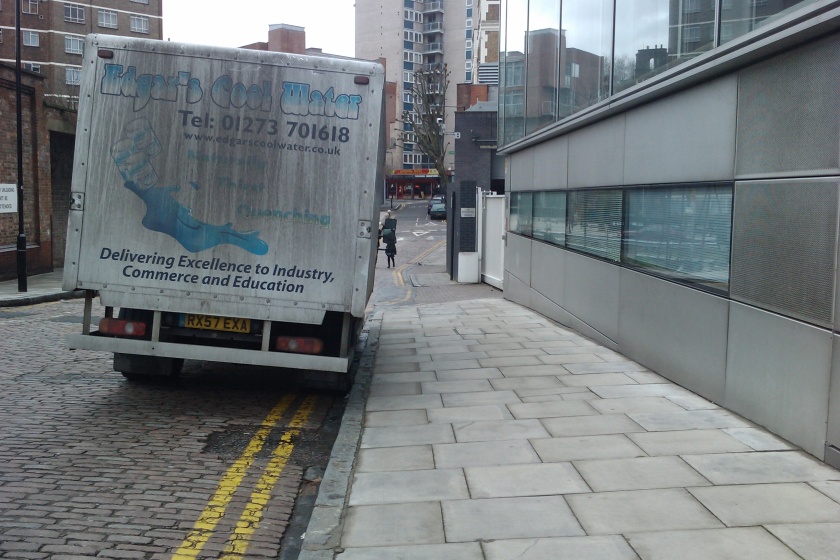 The road is Gough Street; behind the brick wall on the left is the Royal Mail’s interim staff car park. On the right is the back entrance to ITN Grays Inn Road, built less than a decade ago.

I guess businesses these days just can’t afford luxuries like including running water in the plans for their new offices, or operating within the law, hey Edgar?

I’m reminded for some reason of the Old Lady Job Justification Hearings.  I can think of something better they could be doing…