Sorry pedestrians and cyclists, you’ll have to share. There just isn’t enough space on these streets…

The Friday photo column is just an excuse to plug my photography.

The sky lightening, I head for a bridge with a scene that would suit a subtle sunrise photograph, as Big Ben rang for four fifteen.  Bored policemen loiter beside their van, parked in the Westminster Bridge bike lane.  Tired taxi drivers inch across advance stop lines and cautiously through red lights.  A refrigerated truck of fresh Dutch imports — tulips, one must assume — obediently follows the satnav’s directions onto the Embankment.  On the pavement before the entrance to Portcullis House is a man in City of Westminster hi-vis vest, bent on hands and knees with a brush and a big barrel of hot soapy water.  Yesterday’s dirt must not be allowed to stick to the soles of our dear leaders.  And three late-teenaged blokes on BSOs head home from the night shifts, back to their mums’ flats on the housing estates of south London, weaving around the tourist-free zone that is the Westminster Bridge footway.  (And why not? The pigeons can’t call You and Yours or have their say in the Daily Mail letters pages.)

Waterloo Bridge is delightfully empty still, thanks to yesterday’s fire.  Somehow, London’s roads seem to have been coping with the reduced capacity.

Most of the traffic is simply diverting to the next bridge — Blackfriars — where, as St Paul’s announces five, they have a sufficiently uninhibited run to hit forty or more before they make it to the red lights and temporary twenty limit at the now infamous north junction.  Dawdling past them on an average hybrid bike without lights (but that’s hardly needed by now anyway), a man in an old helmet and orange hi-viz bib heads north on the pavement.  I stop him briefly to ask him where he’s going and what he knows about pavement cycling.  He can’t talk for long — he’s come from Lewisham and has to hurry on to a zone 1 tube station, I won’t say which, for an early customer services shift.

It shouldn’t surprise anybody that the reason this railwayman was cycling on the pavement is because he is terrified of mixing with vans and minicabs that are autopiloted through a cycle of rapid acceleration, flagrant speeding, and sudden stops as they tour the traffic lights of central London.  He was vaguely aware that he wasn’t actually allowed to cycle on the pavement, but since he only dared cycle in these quiet early hours, with just a sparse scattering of tired night-shifters and early-rising joggers to negotiate, he had a reasonable argument for it being a victimless crime.  He’s only cycling because the trains don’t start early enough.  He would never attempt to cycle anywhere when heading home through the bustling streets of lunchtime, road or pavement.  He isn’t crazy.

You’ll recognise these sunrise pavement cyclists from the work of Dave Horton: they are the people, often poor and marginalised, who cycle despite all of the barriers, just because there really is no alternative.

So when somebody high-up in TfL tells you that speed of motor-vehicles doesn’t matter outside of the rush hour, spare a thought not just for those who want to use their bicycle for things other than a commute, and not just for the schoolchildren whose day does not align with the normal rush, but also for the tens of thousands of Londoners who work non-standard hours, scrubbing the front steps of the powerful and making sure that everybody else’s morning trains run.

TfL directors, it turns out, are failing in their duties to their own staff on the ground.  Who would have believed it possible? 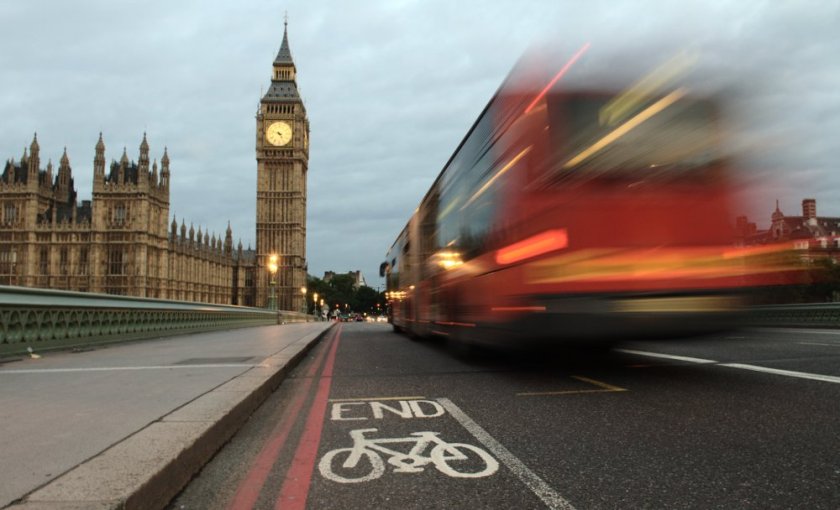